These are the albums that got the most listens and provided the most feels of 2016 in my world. That said, there are a ton of albums released in 2016 I haven't even listened to yet because the hype was off (it's an internal jedi thing, I don't get it either). Spotify kept track of what I actually listened to the most... I made this list for me so I can look back later and be like...damn, 2016 was a great year for music. Had to throw my 2 Pence into the ring (I wrote this from my hotel room in London). 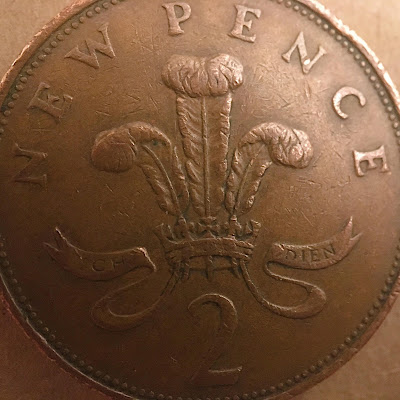 1. Anderson.Paak - "Malibu"  I was shocked/amazed/overjoyed to find that this album that could (and should) be overplayed in it's entirety. His KnxWorries song "Suede" with Knxwledge from 2015 had already convinced me (and Dr. Dre) that Anderson.Paak was whoa, but damn has this man added an element of joy to the world of music that we've been missing for awhile.

This series of videos by Mass Appeal did an amazing job of capturing some of the most beautiful moments throughout the creation of this masterpiece (Dre's reaction).


Their Live On SNL performance was bittersweet but beautiful, it's great to see Jarobi White back on the scene but Phife's absence was very apparent. Thank you to the surviving members of A Tribe Called Quest for working through their loss and having the courage to keep moving forward. We love you and always will.


3. Homeboy Sandman - "Kindness For Weakness"  My respect for this man and his unique talent (and record label) has no limits. My favorite line from the album is "the glass isn't half empty or half full, it's all drink," an observation about the timeless dilemma I'd never heard before. I love people who have a unique perspective on the world. According to the roster on the sidebar of my website, I've posted about Homeboy Sandman ten times already. I'd really love to see my talented musician friends step their games up and work as hard as Homeboy Sandman so I could post their music videos ten times...

Here's some words from Homeboy Sandman himself on how it all went down...


4. Solange - "A Seat At The Table"  It's beautiful to see such a highly evolved woman doing her thing, she's welcome to a seat at my (cheap ass Ikea) table anytime. The music videos for "Cranes In The Sky" and "Don't Touch My Hair" are almost too perfect. Here's hoping she releases a video for "Mad," I don't fux with Lil Wayne but he still crushes the song and the message is on point.

Here's the link to a great interview she did with another highly evolved being, Tavi Gevinson, founder of Rookie (and beyond). Shoutout to all women who have the balls to be themselves and go all in for their vision, I wanna be just like you (but more me of course) when I grow up.


5. James Blake - "The Colour In Anything"  "The Colour In Anything" was released within days of the Radiohead album "A Moon Shaped Pool" so I took both albums on a road trip to get to know them. That day, I decided I loved this album the most. I had the extreme pleasure of seeing him at The Neptune Theatre in 2013 and it remains to be one of the best concert experiences of my life (as a fan). His show later that year at Showbox Sodo did not provide the same emotions due to vibe and layout of the venue but I wholeheartedly support this man.

James Blake and his team have yet to make a video for my favorite song on the album, "Timeless," so this fan-made video will do for now.


6. J. Cole - "4 Your Eyez Only"  I did the Road Trip Challenge with both "4 Your Eyez Only" and Childish Gambino's "Awaken, My Love!" and J. Cole won the first round because a few singles stood out to me more but my relationship with Childish Gambino's album is only just beginning. The prize for winning the Road Trip Challenge is to get overplayed the most but maybe I'll work on stepping my game up with that in 2017. The storytelling of the title track "4 Your Eyez Only" is currently in my Top Five (rotates daily). J. Cole went for it and dropped the following two videos on the same day, I love that shit.

J. Cole is coo and everything but I still think Joey Bada$$ did it better.


7. Radiohead - "A Moon Shaped Pool"  In my universe, Radiohead albums age well so it's best for me to take my time getting to know them. I fall in and out of love with Radiohead songs as their lyrics and vibe become relevant in my life or when I've grown enough to connect with Thom Yorke's genius at that moment.

Live Radiohead videos really do it for me, they released a few in 2016 that further prove their talents and take my breath away...another one will appear on my site soon.


8. Onry Ozzborn - "Duo" SEATTLE MUSIC  Onry Ozzborn has been steadily killin it for years and has seriously stepped his game up with this release. He does a great job of supporting his peers and I truly value his presence in Seattle. I sincerely hope that the still blossoming artists I love will follow his example and stay classy. The "duofilm" below is a masterpiece.

The lineup for the Duo Album Release at Nectar Lounge was perfect and he sold the place out, I had a fabulous time.


9. Noo & 10.4 Rog - "Inner G" TACOMA MUSIC (AND BEYOND) My thought process when I listen to the music of these two geniuses... "what? holy shit, this is fucking awesome, (checks number of listens), I can't believe they're not more famous, I'm gonna listen to it again to figure out why it's so damn good, 10.4 Rog is a genius, Noo is killin it." The rest of the Home Slice team and myself had the pleasure of hosting Noo at The Crocodile Back Bar back in September and it was whoa (I made the show flyer myself).

I would love to see a video for "Without You" featuring Muzzy Legault this song is straight fire (and I don't even say that shit). Here's hoping I get to see 10.4 Rog live in 2017, will travel.


10. Remember Face - "Remember Face" SEATTLE MUSIC  This release amazes me because it's fucking beautiful to see the people you love grow, challenge themselves, and get even better with every release. The Remember Face live performances I've seen show that they're going the extra mile and that they truly love what they're doing. I can't wait to see what they do next. This album made it on Seattle Weekly's "The Most Underrated Local Records Of 2016" with Noo + 10.4 Rog and that's wicked awesome.

Andrew Savoie and Chimaroke Abuachi of Remember Face branched off from Nu Era, their crew had an amazing album release party for Armadilla Lexus in 2016. I was smart enough to film this epic moment, shaky iPhone style; the talent of everyone in the video shines through the poor quality.


HONORABLE MENTION (mostly because it wasn't time for me to bond with them yet, fortunately music is timeless when made from the heart) :