HERE are all ten videos on a YouTube playlist. #YouTubeNchill

I compiled a bunch more Food Music Videos for you to #YouTubeNchill to.

3. Dire Straits - "Money For Nothing" 1985  In 1985, I thought checks were actually free for years until my mom told me those weren't the lyrics and checks don't work that way. It was a sad day. The Dire Strait lyrics in question, "money for nothing and your chicks for free."

Here's a link to a whole bunch of car and driving videos for YouTube & Chill sessions.

5. R.E.M. - "Everybody Hurts" 1993  I would definitely enjoy creating Pop Up Videos for a living if I could create the right opportunities to do so.

These young'uns are killin' it. I can't wait to see how they evolve as they get older. It really is amazing that they are so driven and so young.


"Oldie" aka A Posse Cut


They give away tons of their music free on their website.


2. Eddie Murphy and others in Michael Jackson's "Remember the Time" 1992


8. Scarlett Johansson in Justin Timberlake's "What Goes Around...Comes Around" 2007

"Unluck"
"Limit to Your Love" is still great. I didn't love this song until I heard it played really loud at Chop Suey by DJ Vadim. This song's bass is best heard and felt when played at high volume.
This is a great album. 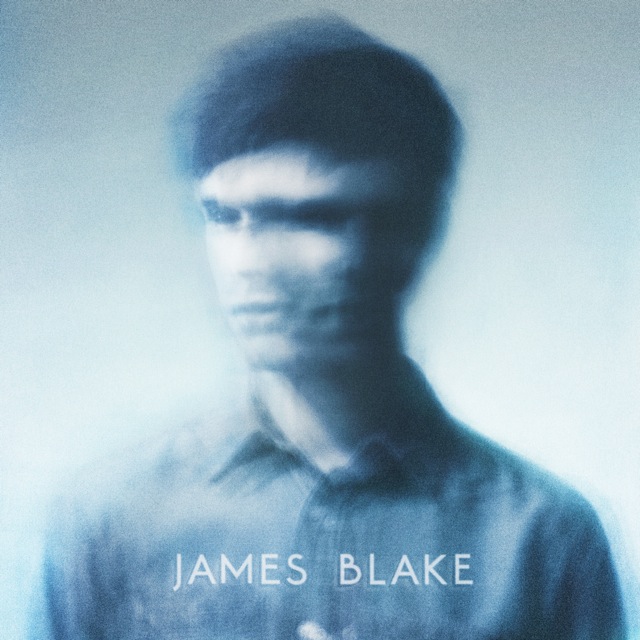 He has a good website.
Posted by liz at 3:33 AM No comments: 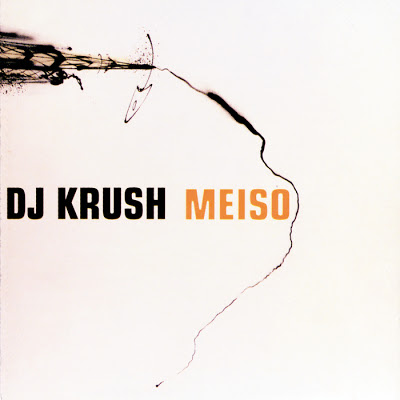 Just found another great KEXP video that shows how much the artist enjoys what he is doing. 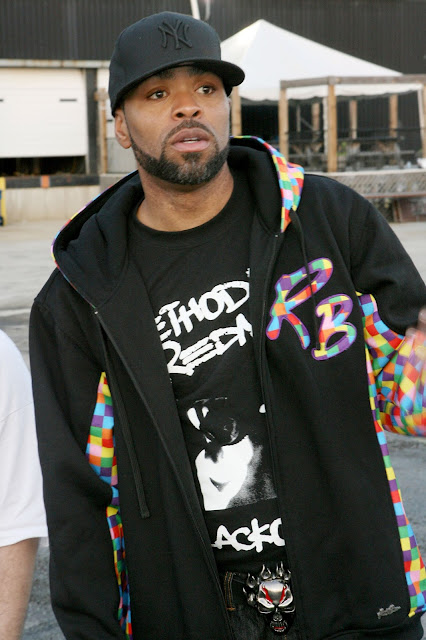 I can't help it, I still listen to Method Man. These are two of my favorite Method Man songs:


"I'll Be There For You/You're All I Need To Get By" featuring Mary J Blige
I also love to see Method Man and Redman together, like in this movie: 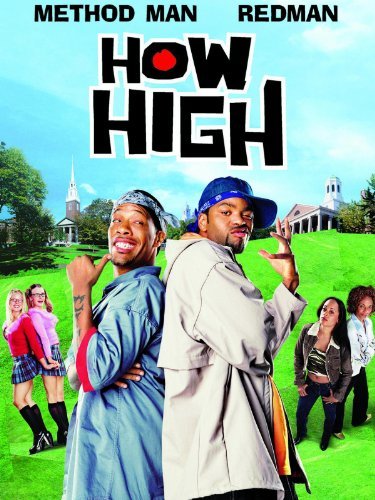 and in "Mi Casa" from the first Blackout! album.
Also, the 1994 Tical album reminds me of riding around in my friend's Blazer in high school. 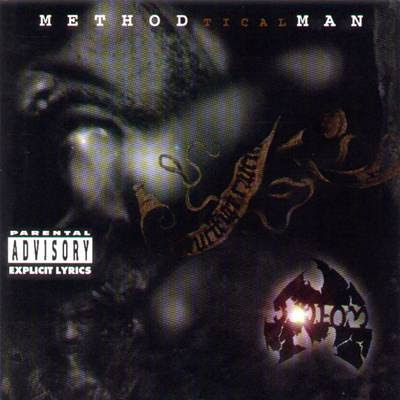 This is one of the weirdest music videos I have ever seen.

This isn't the genre of music I usually post, however, it is all good music (mostly) and this definitely qualifies. This video captures how much the musicians love what they are doing. 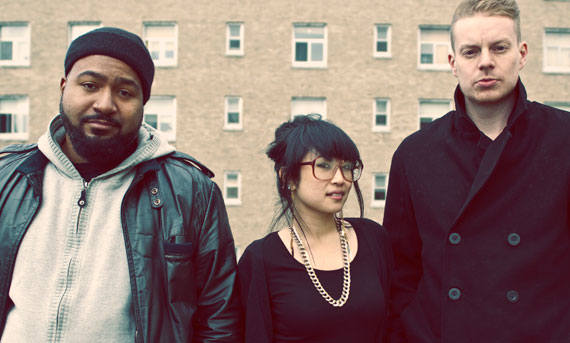 I saw these guys on Saturday night at the Nectar Lounge and they killed it, which was no surprise.

Plus, Emecks is probably the coolest girl in Seattle. 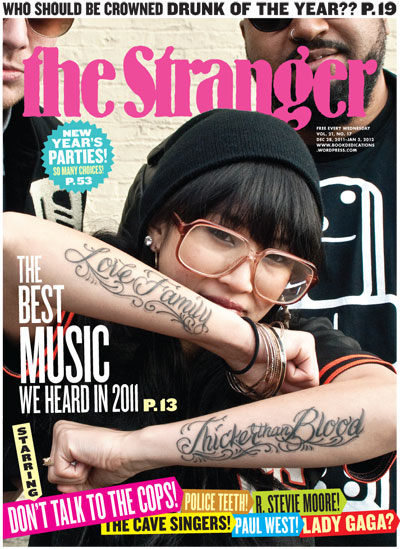 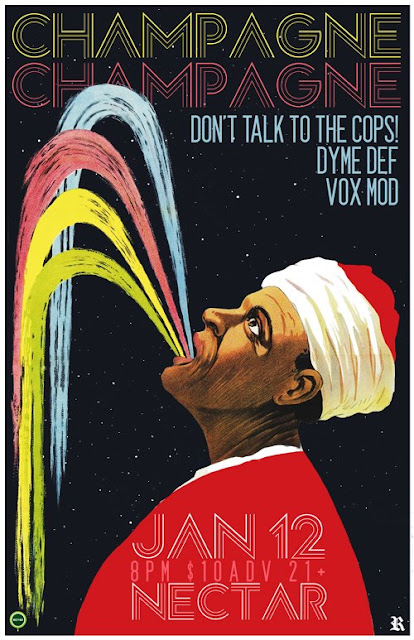 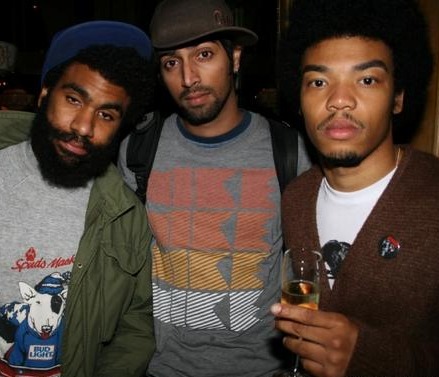 This is one of my favorite Champagne Champagne songs called "Molly Ringwald"
I also love "Cover Girl"
More music from these bands can be found in previous entries of this blog and on their websites.
http://www.champagnechampagne.net/
http://www.donttalktothecopsmusic.com/
Posted by liz at 9:00 AM No comments:


From Dan The Automator's 2000 release A Much Better Tomorrow. It's almost too smooth. 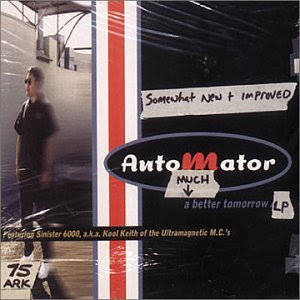 1/16/13 UPDATE: Dan The Automator has a new project titled "Pillowfight", which is available to stream on his Soundcloud page and on the Pigeons and Planes blog. 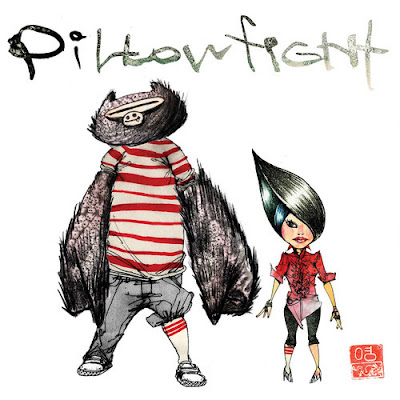 If you like Dan The Automator you can find out more on this previous blog post.
Posted by liz at 9:00 AM No comments:


Another from High Focus Records. This video is hilarious and the song is pretty good, mostly I love that I found it.. His song called "Pork Pie" leads me to believe that pork pies are more culturally relevant in the UK than they are in Seattle. I want to go on a Hip Hop tour of the UK, it will happen. Here is Dirty Dike's crazy looking album cover. 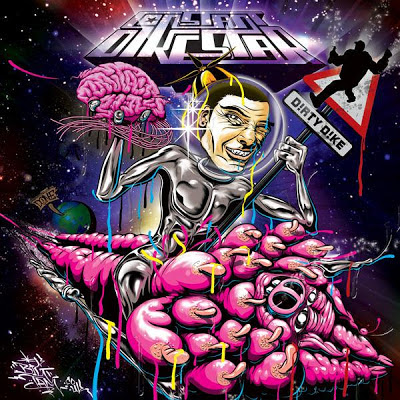 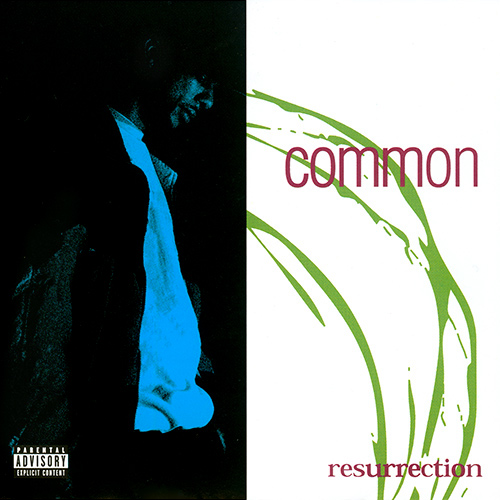 My new jam, "In My Own World (Check The Method)" 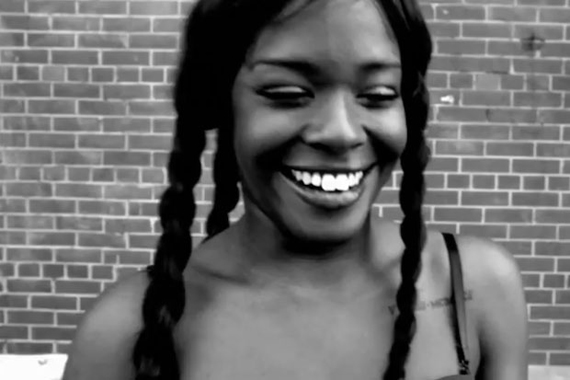 I haven't liked many of her songs since her "212" single first grabbed my attention, however, she is a great artist who has a lot of potential. She is currently trading diss tracks with another female artist named Angel Haze, but, I think beefing is a waste of her talent.

Kool A.D. is from the now defunct Das Racist; this song "La Pinata" is not that great, however, I've always been a sucker for a smiling rapper. The video is definitely entertaining, as we have come to expect from the Das Racist members.


His video for "Manny Pacquiao": 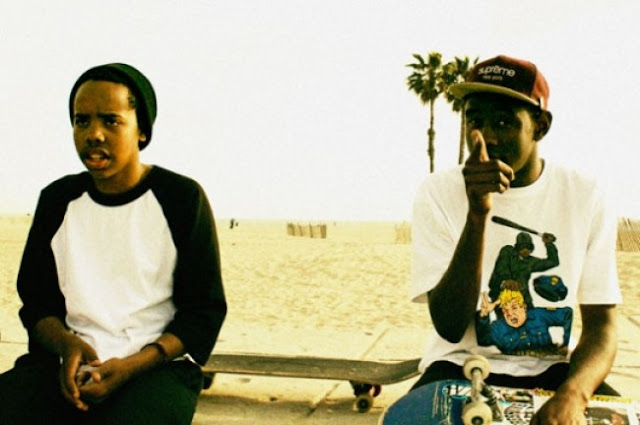 (Earl Sweatshirt on left with his older brother, Tyler, The Creator on the right)

He makes interesting music, here is his new video for "Chum".


You can download his first album, and many other Odd Future albums for free on their website. I am looking forward to seeing how these guys develop as artists through their careers, the Odd Future crew are making moves. 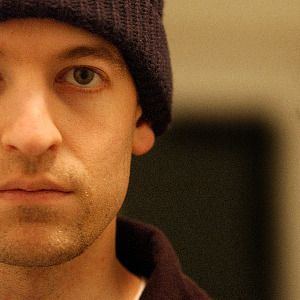 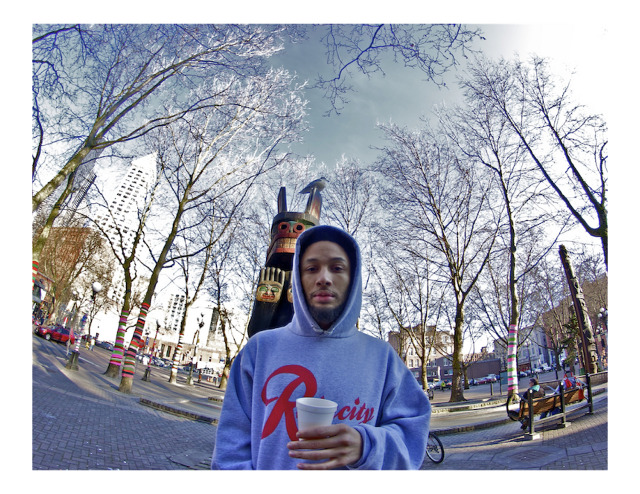 OCnotes is killing it right now. Check out his website to see what else he has going on (there's a lot), besides his Stephan Gray directed video for "Walk".


I also love his song "Keep Keepin On" which is available on his Soundcloud page for free download. 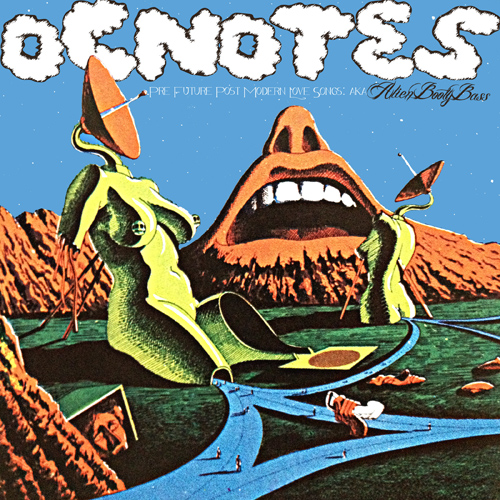 His well-recepted album Alien Booty Bass is for sale on Amazon. 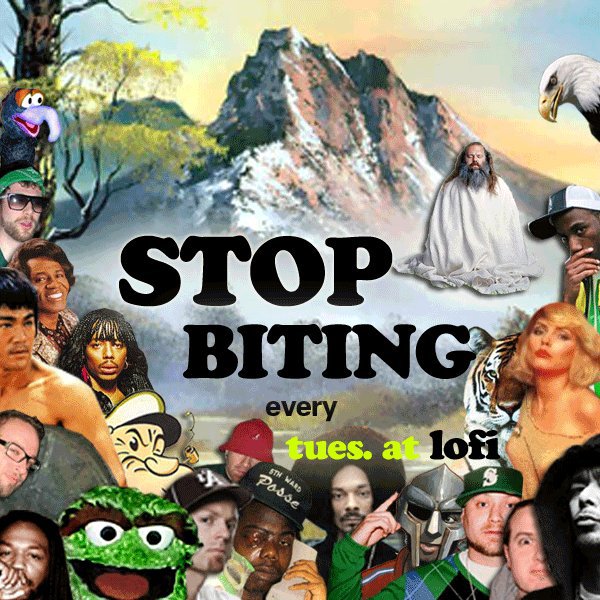 He also appears on the Stop Biting Beatmakers Compilation. 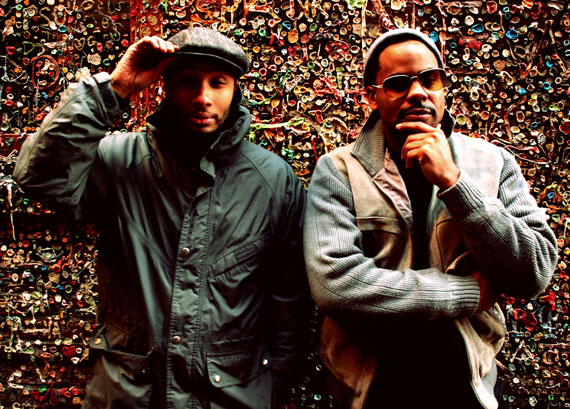 He has a side project with Rik Rude as Metal Chocolates. 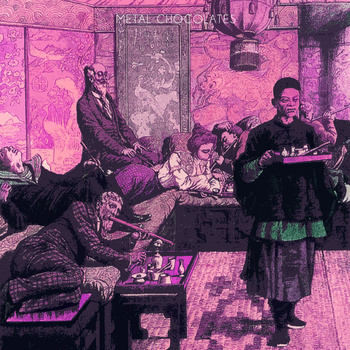 Metal Chocolates - "Opium of Love"
Their album which was released as a Limited Edition Gift Box that came with a t-shirt, cassette, poster, gold chocolate coin, along with a digital download, you can find it HERE at their Bandcamp site.
He will be playing at Vermillion on January 19 for the Pad Pushers event, it's a must-go.
Posted by liz at 3:01 AM No comments:

Flying Lotus' side project is available for free download on his website with an accompanying video. Besides "Between Friends" with Earl Sweatshirt (and what sounds like an uncredited Tyler, The Creator) I also like the "Immaculation" track.

Toro Y Moi and Tyler, The Creator complement each other well in the track "Hey You":


I am not a Kreayshawn fan by any means, but, I like that she and Grimes came together to create this track called "Don't Smoke My Blunt Bitch". I enjoyed it enough to watch it twice: 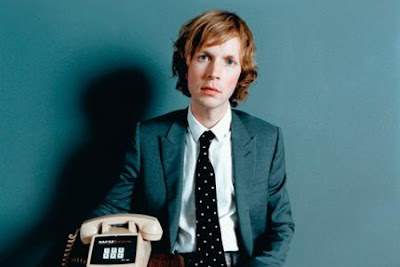 I'm new to Childish Gambino but I'm sold. You can download the track through Pigeons and Planes HERE.

He is also giving away the Royalty mixtape (on which the track first appeared) through his website http://iamdonald.com/childishgambino
Check out Pigeons and Planes' 15 Things You Didn't Know About Childish Gambino.
Posted by liz at 9:05 PM No comments:

These guys have great musical chemistry.


Captain Murphy is Flying Lotus' rapper alter ego that is no longer a mystery.