Here's all the Blue Lighting Music Videos on a YouTube playlist. #YouTubeNchill


1. Pebbles - "Girlfriend" 1987  *This and "Mercedes Boy" were her two greatest songs. She had others but she was basicly a two hit wonder.


3. Tricky feat. Francesca Belmonte - "Does It" 2013  *Tricky is still cool. He just hasn't been the same since Maxinquaye, which remains a masterpiece.

7. P.M. Dawn - "Looking Through Patient Eyes" 1993  *I may be the only one wondering if "patient eyes" equals black lace. This song is still great. 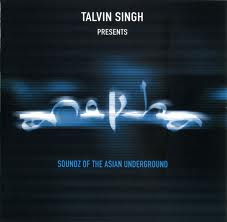 10. Toni Braxton - "You're Making Me High" 1996  *Toni and her famous actress friends play a card game rating hot dudes who show up in an elevator.

*Blue lighting seems to be mostly a 1990s thing.

1. Tyler, The Creator - "IFHY" 2013  I truly feel that Tyler is a super genius. The only thing that makes his age obvious (he is only 22) is the lyrical content of his music. He still thinks that he has to shock us, even though the world would probably pay attention even if he went in a less shocking direction.


2. Madvillain - "Rhinestone Cowboy" 2004  *I have a lot of respect for these guys (MF Doom and Madlib), but, I don't like this song or video that much. The applause within the song doesn't really do it for me. 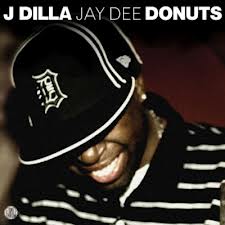 4. Bonobo feat. Andreya Triana - "The Keeper" 2009  *The one-shot music video is slowly paced which accentuates the smoothness of the song. I like most of the songs I put on here, but this is one of the ones I actually listen to...a lot.
5. Curren$y - "Chandelier" 2012  *I don't really like this song as a whole. I do appreciate how he respectfully talks about his lady, this is one of those rappers that deserves to get chicks. That said, I have not listened to any of his other songs.
6. Otayo Dubb feat. Bambu - "A Lil More" 2012  *This video serves as a public service announcement for ladies warning them to bring their drinks into the restroom with them. I wouldn't listen to this song regularly, but, they seem like good guys making music that actually means something.
7. The XX - "Islands" 2010  *The band is working this couch.

4. Eddie Murphy in his own video "Party All The Time" 1985  *Eddie Murphy was on top of the world in the eighties, he had to make an album.

7. Christina Hendricks in Broken Bells - "The Ghost Inside" 2010  *Gas is extremely expensive in space.

3. The Streets - "Let's Push Things Forward" 2002  *I don't love this song but the whole British rapper thing makes me like it.

4. The B-52's - "Roam" 1990  *This song and video are kind of painful to watch, I wouldn't recommend watching it except for the nostalgia factor. I don't think I would ever listen to this song for listening pleasure. I find myself questioning whether or not this category should just have nine songs.

6. Theophilus London - "I Stand Alone" 2011  *Dang, this song isn't that cool at all. The green screen action is the best part.

9. Holy Balm - "Holy Balm Theme" 2012  *I saw this Australian band recently at the Jewelbox Theater. They were so incredible I bought the album. Their awesomeness isn't that obvious in this video or song. They have a tumblr.

10. Deee-Lite - "Groove Is In The Heart" 1990  *I saw one of the Deee-Lite djs at the Power Plant near the viaduct in the late 1990s. I had a mini raver phase in that era, but, someone told me once that I looked like I was dancing to Hip Hop (they did not think that was cool).

4. Tears For Fears - "Mad World" 1983  *The guy dancing outside by himself is the inspiration for this category.

6. Disclosure feat. AlunaGeorge - "White Noise" 2013  *It's pretty dancey/dancy but I still like it.

8. Toro Y Moi - "Never Matter" 2013  *I'm not in love with this song by any means, but the video is pretty funny. I do feel like Chaz Bundick (Toro and Moi) would be a great person to hang out with. There is a great video interview with him on my 2011 Toro Y Moi post.

1. Rhye - "Open" 2013  *She's pretty great, I've wanted to share this video for weeks but I couldn't find more confetti videos. I found this via @DJHyphen, thanks.

2. Ethel Cee and Dumhi - "Coke And Yoga" 2012  *Seems like a weird combo, but I love this beat. I couldn't figure out if she was serious until I read this on her video info: (an excerpt)

"I remember hearing descriptions of some of L.A.'s residents. You could meet someone with fake tits, fake lips and a fake ass but they are vegan or on some kind of macrobiotic diet. I found this to be equal parts hilarious and intriguing. So when I say 'Hey L.A.' in the hook, I am basically saying hello to the only group of people I thought could understand how two things so diametrically opposed could exist in the same life.

I felt like L.A was where I probably belonged. They would get it. They wouldn't judge. It described me perfectly. I mean, what kind of person does coke and then gets up and goes to yoga class the next day? Who DOES that shit? Hot mess.

Both cocaine and yoga came into my life about the same time. I still do yoga. The coke had to go. I liked it way too much and I didn't want to go down the road of addiction. I've seen firsthand what that looks like and It. Is. Ugly. So I stopped cold turkey while I was still in control. Yay, me."

3. Gossip - "Heavy Cross" 2009  *It is so great that someone from my high school got to make music with Rick Rubin.

5. Drake - "Started From The Bottom" 2013  *I don't love this song at all but Drake is so damn likable, maybe it's the drugstore uniform.

7. Allen Stone - "Celebrate Tonight" 2013  *I'm not really into this song but I figure that many others may like it.

8. Alt-J (∆) - "Something Good" 2012  *This video is low-key gruesome because it is happening in slow motion. I didn't even notice the confetti the first time I watched it; I was too absorbed with the whole rose falling and turning into liquid when it hits the ground thing.

7. Amy Winehouse - "You Know I'm No Good" 2006  *This is one of those songs that I distinctly remember the first time I heard it. It was incredibly obvious that she was going to be huge.

Here's ALL of the Public Transportation music videos I've found so far on a YouTube playlist. #YouTubeNchill


1. MC Lyte - "Paper Thin" 1988  I haven't been to New York yet, but from watching all these videos it seems like someone is always rapping on the subway.

5. Eazy E - "Real Muthafuckin G's" 1993  *I'm not a huge Eazy E fan but these dudes are definitely rapping behind a chain link fence.

I put all the Street Art Music Videos I've found so far on a YouTube playlist for you. #YouTubeNchill


6. Pillowfight - "Used To Think" 2012  Pillowfight is Dan The Automator and Emily Wells.

9. Joey Bada$$ - "Don't Quit Your Day Job" 2013  This Lil B Diss song samples Janet Jackson's "That's The Way Love Goes." I still have the VHS I recorded the MTV World Premiere of the Janet video. It blew my 14 year old mind.

10. Erykah Badu (Produced By Madlib) - "The Healer" 2008  The live version and the Binkbeats version make up the difference.

Here's a link to all the Reflection videos, will be updated as I find more.  #YouTubeNchill

2. Kanye West feat. Syleena Johnson - "All Falls Down" 2003  Stellar use of reflections by Kanye and his crew.

4. Echo and The Bunnymen - "The Killing Moon" 1984  Don't worry the moon won't be able to kill you through the video because you are looking at its reflection.

5. Flying Lotus feat. Andreya Triana - "Tea Leaf Dancer" 2007  This may not be the official video but it's great.

8. Digable Planets - "9th Wonder (Blackitolism)" 1994  Ish AKA Butterfly is one of the galaxy's greatest assets.

9. St. Vincent - "Cruel" 2011  I prefer her song titled "Strange Mercy," but I still think this song and video are creative and interesting enough to make it list-worthy.

10. Jared Evan feat. Joey Bada$$ - "Black and White" 2013  This song has a blue flower in it, they always remind me of Dr. Octagon. This song is all poppy until Joey Bada$$ gives it a little Pro Era boost.